Cancer is a broad term and can be described as a disorder which results in uncontrolled cell growth and cell division triggered by certain cell changes. Many cancers cause rapid growth of cells, while others cause cells to grow and divide more slowly. Many types of cancer result in visible tumor growth, while others, like blood cancers or Leukaemia, do not. Cells in the body have specific functions and constant lifespan. Cell death is part of a natural and beneficial phenomenon called apoptosis, although it may sound like a bad thing.

A cell is advised to die in such a way that the body can replace it with a new cell that works better. Cancer cells do not have the components that warn them to stop dividing and die. As a result, they start building up in the body using nutrients and oxygen that would normally feed other healthy cells. Cancerous cells can impair the immune system, turn into tumors, and cause other changes that impede the body’s regular functions. Cancer cells may arise in one region and then spread through the lymph nodes. This usually occurs in advanced stages and termed as “metastasis”

There are no specific causes of cancers – like bacterial or viral infections, in which we know the causing agent. However, certain risk factors that can cause or trigger different types of cancers are well-identified and extensively studied. These include;

Only 4 out of 10 Americans (39%) understand that alcohol increases the risk of cancer; this is particularly alarming considering that awareness has marginally diminished over the past 16 years as evidence has increased.”

Alcohol is one of the many causes of mouth, throat, oesophagus, liver, colon, voice box, rectum, and women’s breast cancers. Researchers continue to study the connection between alcohol and multiple types of cancer, including pancreatic cancer. About two in three Americans say they’re drinking alcohol than they know it can cause cancer. According to the recommendations by the American Cancer Society, limiting intake to no more than 200 ml drink per day for women and two drinks per day for men can significantly decrease your risk of developing cancer. 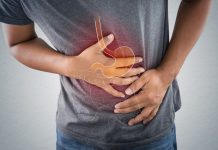