It is never pleasing to hear the word cancer in a doctor’s office, but there are many slow-growing cancers such as prostate cancer and others that only rarely migrate to other tissues, such as skin cancer. In contrast, lung cancer is in contact with the blood every minute, and a massive amount of blood goes through this organ every day, making it more likely to spread to other organs.

However, not all lung cancers are the same, and some of them are not as aggressive. In this article, we’re going through the prognosis of lung cancer. In other words, what would a patient expect from cancer in a few years. We will talk about survival rates of different lung cancer types to compare them with one another and then talk about certain complications that would increase the risk if you don’t solve the problem.

But first, it is essential to explain a critical concept: survival rate.

In lung cancer, the 5-year survival rate is calculated taking the worldwide statistics of cancer and breaking them down into three categories:

With that in mind, let’s evaluate the prognosis of small cell and non-small cell lung cancer.

In contrast, if you have a limited-stage disease of small-cell lung cancer, it is likely to stay alive after 17 months for 80% of patients, and the survival in 5 years is close to 15%.

The statistics are different depending on what data we use, and according to data gathered in the United States between 2010 and 2016, this is the 5-year survival rate according to the categories listed above:

In non-small cell lung cancer, the prognosis is different for many reasons. First off, it is more common to have patients with an early disease because this type is usually not as aggressive as small-cell lung cancer. Secondly, this is a broad category and includes several subtypes of cancer, each one with heterogeneous statistics.

The prognosis depends on many things, including the stage at the moment of diagnosis, the lungs’ performance score, and whether or not the patient is losing weight. According to recent studies, the number of lymph nodes affected by cancer helps measure the survival rate.

In this group, and according to statistics in the United States from 2010 to 2016, the 5-year survival rate of lung cancer looks like this when broken down into categories:

Complications of lung cancer increase the risk of dying from this disease, and it is usually related to the spread of cancer to other organs.

Metastasis and more aggressive disease are more common in small-cell lung cancer, especially when these risk factors are met:

Depending on the metastasis site, patients can develop a pleural effusion when liquid starts to accumulate around the lungs, deep vein thrombosis and a pulmonary embolism, a high level of calcium in the blood and heartbeat problems, or a spinal cord compression in case of bone metastasis.

Each condition affects your personal survival rate, which is why it is often difficult to say precisely what will happen to you after the diagnosis of lung cancer. 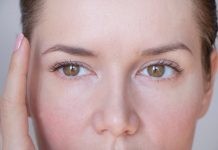