Lung cancer is a type of cancer that begins in the lungs, which prevents it from doing its job in introducing oxygen into the body and excreting carbon dioxide. Lung cancer is the main cause of cancer deaths worldwide. 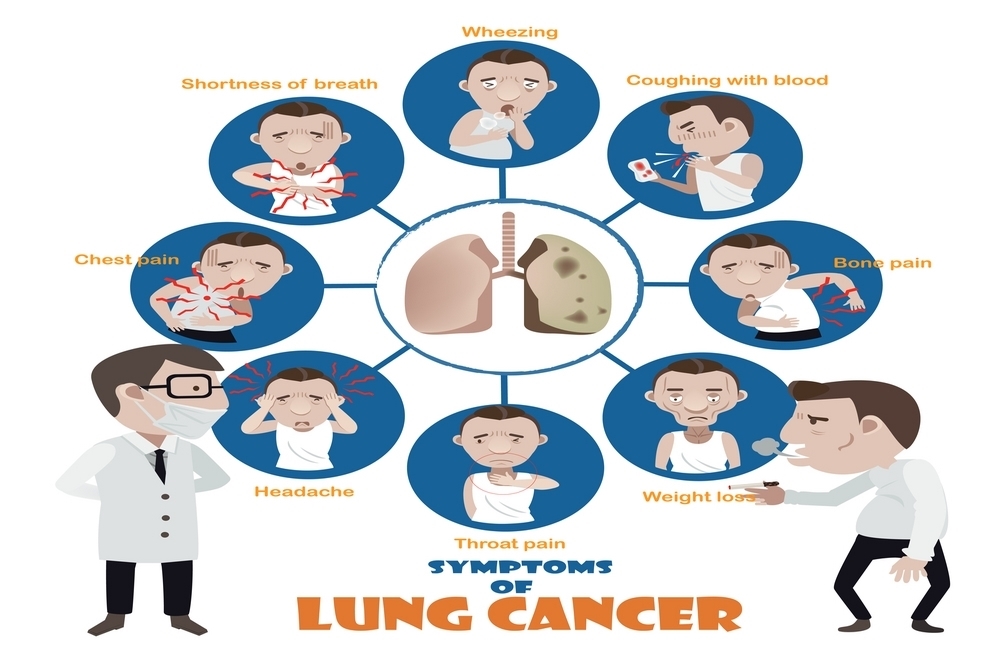 Often, the patient does not show any symptoms in the early stages of the disease, and begins to appear when the disease develops. These symptoms include:

When the disease worsens, the following symptoms begin to appear as complications from lung cancer:

Smoking is the cause of most lung cancer cases, with more than 70% of all cancers. However, there are many other causes and factors for lung cancer, including the causes of lung cancer:

Doctors divide lung cancer into two main types depending on the appearance of cancer cells in the lung under a microscope, as treatment depends on identifying one of these two types, namely:

The treatment plan is determined based on several factors, including the general health of the patient, the type and stage of the cancer, the extent of its spread, and the preferences of the sick person. More than one method is incorporated into the treatment. These methods include:

Complementary and alternative therapies are not helpful in treating lung cancer, but they are useful in relieving symptoms. Among these treatments:

Dealing with shortness of breath caused by lung cancer in home ways helps reduce its severity, such as:

In the end, keeping away from the pathogens is the best way to prevent them, and quitting smoking permanently even after many years of smoking is the most important factor in your prevention of lung cancer, and by this you protect yourself and the people around you to the same degree.